Slot enthusiasts looking for a different kind of thrill with their online gaming have something to look forward to in the first quarter of 2015, as NYX Gaming is poised to release a premium slot entitled “Psycho.” Based on the 1960’s suspense-thriller film with the same title and directed by Alfred Hitchcock for Universal Studios, NYX’s interactive game developer NextGen Gaming infused elements of the critically acclaimed “slasher film,” as reel symbols for an exciting online slot game.

The announcement of the upcoming premium NYX game provided screenshots showing images of the legendary but fictional Bates Motel and the uncanny house behind the motel. The screen-sized image of a knife-wielding hand set against the shower curtain is presumably part of the game play. Albeit posing as a reminder of the film’s epic gruesome murder scene, its emergence across the 5-reel slot comes with the appearance of WILDS that could potentially result to matched combinations.

The Commercial Director at NYX Gaming Group David Johnson expressed excitement over the approaching launch of the company’s latest Intellectual Property title “Psycho,” which he describes as a     “true thriller slot.” He commented that the merging of Psycho’s infamous scenes with NextGen Gaming’s proven first-class, repeat play slots capability makes a chilling winter smash hit. He added that the slot thriller “Psycho” would be initially deployed to licensee operators supported by the NYX OGS™ platform and eventually released industry-wide through their global network.

The NYX OGS or Open Gaming System is an innovative gaming solution that allows the integration of online casino games, comprising slots, table games and instant games furnished by different leading game suppliers. Instead of tying up a licensee’s game portal to a single content supplier, the NYX OGS platform enables access to a wide-ranging and continuously increasing selection of some of the best game contents in the industry. 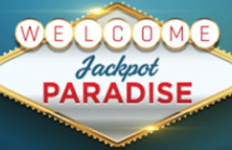